It had always been my intention to have taste tests on this blog. It is one of my favorite subjects on my favorite foodie blog, Serious Eats. So when it occurred to me that I have not tried two famous fried chicken joints just around the corner from my girlfriends place, I knew that a unique, if not totally glutinous, opportunity was within my grasp.

We decided to have a Fried Chicken Taste Off! ‘Cause you know, nothing says news years resolution season like eating fried chicken from two places in the same day in mid January right?

A little background on our two contenders:

Popeyes Mighty Good Fried Chicken first opened in Arabi, Louisiana, a suburb of New Orleans in St. Bernard Parish, in 1972 as “Chicken on the Run”, owned by Al Copeland. As the company’s official history states, they sold “traditional mild fried chicken [but] business was slow, and the chicken team realized they’d have to sell a spicier alternative to their standard chicken recipe if they wanted to impress flavor-seeking New Orleanians. According to a company press release dated June 29, 2007, Popeyes is the second-largest “quick-service chicken restaurant group, measured by number of units”, with more than 1,800 restaurants in more than 40 states, and over 21 countries worldwide.

Ezell’s Famous Chicken is a Seattle fast food restaurant. Ezell’s Famous Chicken was started over 20 years ago by Ezell Stephens and Lewis Rudd. The first restaurant was opened on February 3, 1984 in Seattle, Washington’s Central District neighborhood, which is still open today. The restaurant chain has 6 other locations in Skyway, North Seattle, Renton, Lynnwood, Woodinville, and Lake City. Ezell’s is a family-owned and operated business.

The story began when Ezell got out of the Coast Guard in 1978, having come to Seattle from Texas. Shortly thereafter, he called his boyhood friend Lewis, while Lewis was still in the Army. Together they decided that, after Lewis left the service, they’d start a business making chicken like they used to back home in Texas!Ezell and Lewis saw their mission as simple: Provide FRESH high-quality chicken and GOOD homemade side dishes, served with FAST courteous service. In short, Ezell’s had to be Fresh, Good and Fast!

Ezell’s was made famous when talk show host Oprah Winfrey called it her favorite fried chicken. There are a number of photos of her on the wall of the original restaurant proclaiming her love of the chicken. It is also said she has the chicken flown to her in Chicago when she has a craving.

…and the part where I discover that some foresight and control is required for a fair taste test.

See anything wrong with this picture below?

No? well then let me change the angle a bit. Here.

Popeys on the left, Ezell’s on the right

Ah yes, my mistakes in ordering have become quite apparent now, haven’t they! No similar pieces from both sides!!

Not being someone who frequents fast food often (first time at both of these chains) I had assumed that ordering a 3 or 4 piece mix bag as opposed to the white meat only option, or dark meat only option, would grant me a little bit of both!

How wrong I was

When we got home with our fragrant bags/boxes of fried chicken, biscuit/rolls, and mashed potatoes from each location, I was already rushing through the photo shoot so that I could enjoy them all while they were still hot and in their food temperature prime. It was only when we sat down to eat, that the realization of a test failure hit me. We got opposing pieces of chicken, with not one crossover cut with which to judge. Popeyes supplied us with two wings and a breast, while Ezell’s gave us two thighs and two drumsticks.

With hopes somewhat dashed, we felt we still owed it to our selves to trudge on. For the chicken, we agreed to taste and judge based on moisture, crunchiness of the crust/batter, and flavor.

We were also judging the sides, with each place offering up a roll or biscuit, and mashed potatoes.

There would be bias in our grading’s based upon our mutual love of legs and breasts (giggle!) of chicken. We knew this from the start, but we proceeded onward with best intentions to combat this problem.

The chicken at Ezell’s is notable in that they use an older 3lb bird, as opposed to nearly every other fried chicken chain, which uses a standard, young 2lb bird. This mean that every piece is larger and slightly gamier flavor wise.

The drumstick was the big winner of the chicken side of the taste-off, perfectly crunchy on the outside,with a hint of spice (we ate the regular, next time I would probably order the spicy version) with an incredibly juicy piece of meat under it all. The thigh was similarly crunchy, juicy and overall well cooked, however, the two pieces we had were a little too fatty for my liking and difficult to navigate mouth wise around the bones (there’s that breast to thigh bias!). However, if your a dark meat fan, this is likely right up your alley! Score: 4/5

The mashed potatoes were a little thicker and chunkier than a typical pureed fast food offering, which scored it big points in my book for its home-y, from scratch, quality. That being said, it was a pinch too peppery for my liking and a bit under-seasoned  A drizzle of their scratch made gravy would have perhaps salvaged this particular taste test, but again, we planned poorly and forgot to grab some. Score: 3.5/5

The roll though, was a thing of beauty! Soft and airy, it was the ideal dinner roll. We put a little margarine and honey on a cut open piece and devoured them immediately. I wish I ordered a hundred of these (slight exaggeration…maybe). Score: 5/5

Side Note: My single favorite item I ordered from Ezell’s was not included in this taste off for two reasons:

Popeyes spice definitely brought a new element to the table, despite us not ordering the even spicier offerings. It was warm with a noticeable burn on the back of the throat. The crunch from the shell was sadly no more, but it gets a pass in this case as it never had a fair shot. Having to drive to Ezell’s following our Popeyes stop (based on what we expected to be the fastest route), we were trapped by a funeral procession going down the main road between them. It turned out to be for an important local figure and early tow truck entrepreneur in Seattle for 40 + years. This also meant that the procession lasted nearly 10 minutes with seemingly 100 tow trucks from all over the state and county following suit. When we finally arrived at Ezell’s, we placed an order and waited for fresh gizzards to be fried for my own personal enjoyment. Sadly, this decision cost us another 10 minutes. Popeyes delicious chicken and biscuit languished helplessly in a cramped paper box for 20+ minutes to steam away its beloved crunch. After photographing our elements, then finally sitting down to eat, the damage was already done. Nonetheless, I was rather impressed with how well the fried shell held up and how juicy the meat was!

Being fans of chicken breast meat, that was immediately what Katie and I gravitated towards. It was spicy and succulent and had it been fresh, I am sure it would have been the favored entry. The wings were low on meat, and over-breaded, overall a somewhat forgetful affair despite our love for wings in general. Score: 4/5

Popeyes cajun mashed potatoes were whipped velvety smooth and was perhaps their best item that we tried. The spice and texture were what set them apart from the Ezell’s potatoes, and even though I enjoy the lumpier home made texture of Ezell’s better, these were simply superior in every other way. Score: 4.5/5

Not being much of a biscuit fan myself, I was pleasantly surprised with how enjoyable Popeyes version was. It was buttery and not overly crumbly like so many I’ve had in the past. While I would choose Ezell’s magnificent dinner rolls over it any day, I would gladly eat one of these again! Score: 4/5

That’s right, I lamely tied them, as I felt that I just had to. Popeyes won me over with flavor, while Ezell’s won me over with texture and execution. Its only fitting that I should one day require myself a later off camera do over, but really, both places we’re great as expected. The gizzard offering at Ezell’s would likely sway me in the future to go there instead for my fix, but I feel confident in recommending each to my friends in need of good ol’ fried chicken.

It will likely be awhile until I see either of them again, as fried foods are a rare occasion in my life, and I choose to spread my rare indulgences out to as many places as I can (aside from Dick’s Drive In and Paseo’s…I will always welcome them both into my life with open arms whenever I am near)

This is the first edition of my CBB Taste-Off Challenge!, so they will hopefully only improve from here, as I learned plenty of lessons that I seemed to have erased from my educational memory banks, with regards to experimental practices and controls.

A hopeless foodie searching for the meaning of life through his stomach.
I cook. I travel. I eat. I’m hungry for more.
Through this blog I hope to connect with others who share my passion for food as I cook my way through international staples, comforting home recipes and try my hand at recreating favorite restaurant dishes. 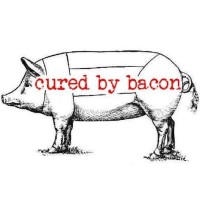 My Foray Into Food Storage

................... for lovers of ice cream. Your free on line magazine for sweet frozen treats. Recipes, inspiration, artisanal ideas for your delectation.

A movement towards balance and self-discovery.

Big Jew on a Diet

where the coffee shop ends & the cooking begins

Magazine of a Storyteller... articles about world cultures, travel, and recipes with a twist and tango ♪ ♪ ♪ ...

wuppenif...in other words, "what would happen if?"

We like our pork dripping, our whiskey warm, and our beards long.